When your child has a build-up of earwax, it can cause hearing problems and prevent effective treatment of ear infections. The team at Westchester Park Pediatrics in Purchase, New York, offers gentle earwax removal to improve and protect your child’s ears and hearing. To schedule an appointment, call the office or book online today.

Why does my child need earwax removal? 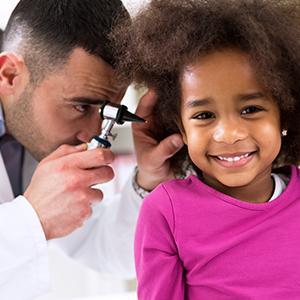 The body produces cerumen (earwax) to protect the ear's interior canal and the eardrum from bacteria and foreign objects. Typically, your child's body manages the amount of wax and prevents excessive accumulation.

If the ears don't effectively eliminate the excess, earwax can get packed down and harden, blocking the ear canal and causing earaches, hearing loss, and ringing in the ears.

What method is used for earwax removal?

This process works by using a syringe to place warm water or saline solution into the ear canal. The fluid softens and flushes out the earwax, cleaning the ears.

In most cases, the process isn't painful, though there may be some discomfort if the child's ears are tender or infected.

Who performs my child's earwax removal?

At Westchester Park Pediatrics, a medical assistant trained to remove earwax safely performs the procedure. Your pediatrician oversees the process and gives instructions and guidance if needed.

What can I do to prevent earwax buildup?

You can avoid the need for earwax removal by helping keep your child's ears clean, dry, and healthy.

If your child puts something inside their ears, resist the urge to put anything in their ear canal to remove it. Make an appointment with your pediatrician as soon as possible to prevent injury or damage to their eardrum.

If you suspect your child may have excessive earwax, call the office or schedule an appointment online with Westchester Park Pediatrics today.